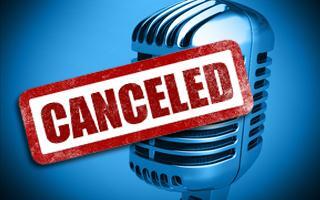 What’s up rockers! Due to a clerical error, we will NOT be playing Knuckleheads on November 13th. Instead, you can catch us there on Friday, January 22nd.

I know there were a lot of people planning on heading out to Michigan City to catch this show, and we sincerely apologize for the mix-up. We hope you’ll be able to make it out to party with us in January instead.

On a completely useless and unrelated note, the word canceled starts to look really weird after you’ve spent a few minutes researching whether it should contain one ‘L’ or two. As it turns out, the correct spelling depends on what country you’re in (except the word cancellation always has 2 L’s), and both variations are acceptable in the United States. However, that does not make the word look any less ridiculous after you’ve seen it spelled out a few dozen times.